A Chaplain Reflects on the Character of His Regiment’s Dogs

Posted on February 26, 2017 by LoyaltyOfDogs

“Daily they do honor to every faculty their Maker has given them, while it may be both you and those who proudly boast themselves as the owners of the dog, are daily and recklessly dishonoring, by misimprovement, each power of body and faculty of soul bestowed for high aims and holy purposes.” 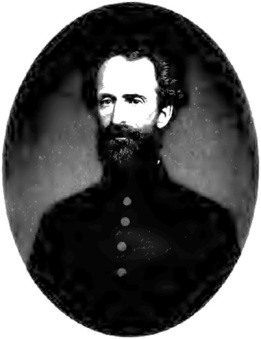 Dog Jack, the celebrated mascot of the 102nd Pennsylvania Volunteers, is one of the best known dogs of the Civil War. But he was not the regiment’s only mascot. In a memoir, the regiment’s chaplain, Rev. Alexander M. Stewart, tells not only Jack’s story in detail, but he also introduces two other memorable dogs, York and Beauty. Rev. Stewart’s musings on theology and military life underscore the high esteem that soldiers held for their canine companions.

If anyone might wonder why soldiers erected bronze monuments to their dogs, buried them with military honors or toasted their memory at reunions, let them read Rev. Stewart’s account:

“Two Famous Characters.—As chroniclers of great battles are wont to say, ‘It would be impossible to mention by name all who have distinguished themselves,’ so neither, as you will bear me witness, has there been any attempt, in my numerous letters from camp, to mention individuals by name who have done honor to the service. In so doing a large list must be made, as almost every name would press for insertion. There are, however, two characters attached to our regiment, whose long, brave, constant, uninterrupted manly bearing, it might seem invidious longer to pass over in silence. Volunteering into the regiment at its first organization, now nineteen long months,—during all that time, they have shown no tendency to desert, nor even asked for a furlough or leave of absence. They have never been off duty; never missed a roll call; never offered a complaint; never have seemed to doubt of ultimate success; always cheery and ready to lend a helping hand at any difficult service. Far different, also, from many in their respective companies, they have never yet so far disgraced themselves, as to violate the law of God, wholesome army regulations, together with all rules of decency and gentlemanly bearing, by uttering a vulgarity, swearing a profane oath, playing cards or getting drunk. Their characters, it may be truly said, are now known and read of all. But who, who are they? Let us hear the names of such true gentlemen and model characters, such brave soldiers and unbending patriots: —Two Dogs.

“Smile, reader, if you will; but don’t snarl or turn up the nose. These two characters are far more worthy to have an honorable chronicle, than many a biped with whom they associate….. Yet are they none of your ordinary whelps or curs, though to the manor born, and without name or fame. By native strength of character, and living in revolutionary times, they have raised themselves above the common swarm of mongrels. As the biography of many a Brigadier should, in charitable silence, be brief, so of our two heroes nothing shall be written until fairly ushered upon the stage of active military life.”

Here, Rev. Stewart tells the well-known story of Jack’s early career as firedog of the Niagara Fire Company of Pittsburg (sic), Pennsylvania, then he follows with passages on the 102nd’s other mascots.

“The other dog is a curious looking specimen of the canine. One must be more skilled in doggery than the writer, to define his species. Spaniel, cur, terrier, and waterdog all seem blended in one. He is, however, ‘A rhyming, ranting, roving billie.’ His partial friends do, indeed, boast him of high degree; yet sure all who meet him must admit,

‘That though he be of high degree,
The feint a pride, no pride has he.’

“Volunteering in the regiment while encamped in the city of York, Pa., in May, 1861, he is, in accordance, surnamed York. He is enrolled in company B, which occupies the extreme left or rear of the regiment. Should Jack at any time approach the rear, every hair on York’s body is at once on end. Should York approach the right, Jack sends him back according to true military style and authority. York’s reasoning faculties seem to operate slowly. He is accustomed to bound away, and bring back in his mouth whatever missile any one of the boys may throw from them, whether falling upon land or water. With live game he has but little acquaintance. The other day a rabbit was started, and was seen by York at a certain point. Thither he bounded with wonderful agility; then he stopped and snuffed and snorted to find the rabbit as he would a block or stone—seeming wholly oblivious, that although the rabbit was actually in that spot when he started in pursuit, it might not perchance be in the same spot when he arrived. Marvellous stories are told by the boys concerning the experience and knowledge in military affairs acquired by these dogs; all of which, if written, would fill a volume, and put to shame many a Brigadier.

“Another dog we had whose name is still cherished, and whose memory should not be allowed to perish without a word. On account of many graces, both mental and bodily, it received the appellation of ‘Beauty.’” Along into the battle of Malvern, went Beauty, but came not out. Some would have it, that Beauty was taken prisoner, but as the name never appeared among the list of captured, this seems impossible. The majority have it, that Beauty was torn to pieces by a bursting shell. Poor Beauty bleaches not alone, unburied, from our regiment, upon those bloodstained hills of Malvern. Should these two veterans not meet the fate of Beauty, and be allowed to return with the living to Pittsburg, a bright brass collar, with appended silver medal, will, no doubt, be voted to each, and be worn by their dogships the remainder of life.

“Reader, these two dogs give evidence of thinking as quickly, and reasoning as accurately as yourself. What is it, then, which separates you from them so widely, marking a distinction lasting as eternity? They have no conscience, no moral sense, no remorse for the past, no hope or dread of the future. All these you possess, and in their daily exercise they argue you accountable—a being, the consequences of whose actions are not to cease, as will those of Jack and York. Yet, perchance, these dogs are acting in a manner much more rational than yourself. Daily they do honor to every faculty their Maker has given them, while it may be both you and those who proudly boast themselves as the owners of the dog, are daily and recklessly dishonoring, by misimprovement, each power of body and faculty of soul bestowed for high aims and holy purposes.

“Two years have now elapsed since the above chronicle was made of our two camp friends. These two eventful years have made rapid and fearful changes among the human members of our regiment, as well as of the whole army. Nor have our canine companions been exceptions to war’s rapid mutations. Eighteen months since, poor York sank under a complication of injuries, diseases and exposures—died in camp, was buried with appropriate military honors by the members of his company, while a board at the spot duly chronicles the event. Jack still survives, through multiplied dangers and vicissitudes, maintaining his honorable position in the field and active service….”

From “Camp, March and Battle-field; Or Three Years and a Half with the Amy of the Potomac,” 1865

Our unique souvenirs and gifts honor the faithful dogs of the American Civil War to support animal rescue. Our donation total to date: $3,672. (updated 6/2/21) We also offer Vintage Dog gifts and souvenirs from decades--or centuries--past! Their sales, like sales of our Civil War dog items, also support animals in shelters and rescues. Learn more at http://www.LoyaltyOfDogs.com.
View all posts by LoyaltyOfDogs →
This entry was posted in 102nd Pennsylvania, Dogs KIA, mascots. Bookmark the permalink.

This site uses Akismet to reduce spam. Learn how your comment data is processed.